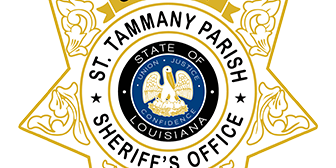 St. Tammany Sheriff Randy Smith today (Jan. 15) released the 2019 crime statistics for unincorporated St. Tammany. The agency reported a clearance rate for violent crimes that is nearly twice the national average and a clearance rate for non-violent crimes that is more than two and a half times the national average. Sheriff Smith said this is a testament to the agency’s determination to keep St. Tammany safe and hold criminals accountable for their actions. Sheriff Smith said the St. Tammany Sheriff’s Office continues to send the message that crime will not be tolerated in the community and criminals will be arrested. Crime overall is up slightly in unincorporated St. Tammany Parish, with a 9.5 percent increase in violent crimes and a 2.1 percent increase in nonviolent crimes. In 2019, STPSO worked six homicides, all of which have been cleared with arrests. Those six include a Slidell-area couple who were arrested in connection with the death of their three-month-old child, a Harvey man who was arrested for murder after a man was fatally shot during an altercation at a Slidell-area home, a Pearl River man who was arrested after a man was shot in the driveway of a residence in the River Gardens neighborhood and Slidell man who was arrested after he shot a man following an altercation behind a Slidell-area business.  The six also include the arrest of a Lacombe man, which came after it was determined he was responsible after a woman died at his residence from an overdose, and the arrest of a Madisonville man after he killed his romantic partner Christmas night. Sheriff Smith asks that anyone with information about crimes occurring in the parish, to submit a tip through the St. Tammany Parish Sheriff’s Office website (www.STPSO.com), by calling the narcotics tip line (1-888-GO-2-JAIL), or by calling Crimestoppers. You can remain anonymous and may be eligible for a cash reward through Crimestoppers.